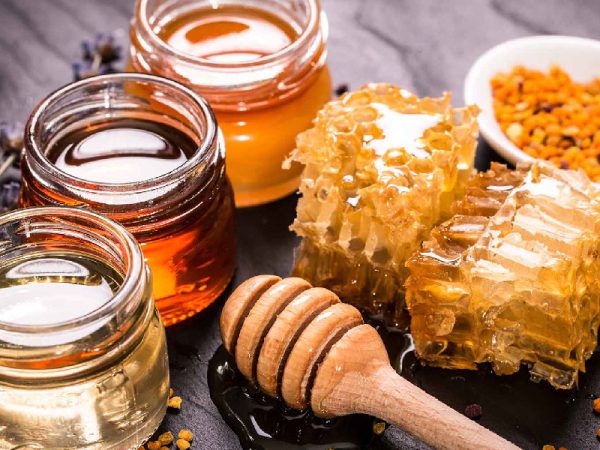 Government has planned to organize a series of events across the country to promote honey exports.

Given the manifold rise in honey consumption across the globe especially after Covid-19 pandemic due to its natural immunity booster characteristics and a healthier alternative to sugar, APEDA is aiming is to boost honey exports through ensuring quality production and market expansion to new countries. At present, India’s natural honey exports are majorly dependent on one market — the United States – that account for more than 80 percent of the exports.

As a part of the government’s AtmaNirbhar Bharat initiative to boost honey production, the government has approved an allocation of Rs 500 crore for the National Beekeeping and Honey Mission (NBHM) for three years (2020-21 to 2022-23).

Prime Minister Modi in the ‘Mann ki Baat’ programme had stressed that honey has been given a lot of importance in Ayurveda. Honey has been described as an elixir. He said there are so many possibilities in honey production today that even the youth pursuing professional studies are making it a source of self-employment.

“We are working in close collaboration with the state government, farmers and other stakeholders in the value chain to boost quality honey exports,” said Dr M Angamuthu, Chairman, APEDA.

APEDA is working with the exporters to deal with the challenges such as higher freight cost, limited availability of containers in peak honey export season, higher Nuclear Magnetic Resonance test costs and inadequate export incentives.

India, which started its first organized exports in 1996-97, has exported 74,413 metric tonnes (MT) of natural honey worth USD 163.73 million in 2021-22, with the United States taking a major share at 59,262 MT. United Arab Emirates, Saudi Arabia, Nepal, Morocco, Bangladesh and Qatar were the other top destinations for Indian honey.

In 2020, the global honey export was recorded at 7.36 lakh MT and India ranked 8th and 9thin the world in honey producing and exporting countries, respectively. In 2020, the total honey production was pegged at 1.62 million metric tonnes, which included honey extracted from all nectar sources, agricultural plants, wild flowers and forest trees.

In India, North East Region and Maharashtra are the major natural honey producing areas in the country and around 50 percent of the honey produced in India is consumed domestically, while the rest is exported across the globe.

As per the DGCIS, APEDA has achieved overall exports of USD 7.41 billion during April-June 2022 by registering a growth of 30.8 percent in terms of USD in comparison to the same period previous year.